Summer of 1972 Changed My Life

In the summer of 1972, I was a fresh-faced high school graduate from Grace Bible College Preparatory School in San Antonio, Texas. I had become a believer in 1968 while working at a YMCA summer camp, and had been exposed to solid Bible teaching during my last two years of high school. I was planning to matriculate at the King’s College in Briarcliff Manor, New York, where I was going to play basketball and experience winters where it snowed.

When I was offered a chance to work at the Navigators’ Eagle Lake Boy’s Camp, it seemed like a natural fit for me since I had three year’s experience working at summer camps; but Eagle Lake Camps turned out to be much more than a summer job. It was a life-changing experience.

I went to Colorado Springs with five guys on a Nav team from Southwest Texas State University who were all working at Eagle Lake that summer. All of them were 3-4 years older than I was, and a couple of them were in college after serving in the military. They were more mature and more experienced than I, and they were a close group of friends who took me under their wing during our training at Glen Eyrie. Four of us drove non-stop from San Antonio to Colorado Springs, and I learned to drive a manual, on the way. (Needless to say, the other guy in the car I was driving didn’t get much sleep as I ground through the gears and stutter-started through intersections…) They good-naturedly called me “High-school Harry”, and were not shy about helping me to get engaged in the spiritual disciplines with which they were already so comfortable.

There were so many life-changing things that happened during the summer of 1972 that it’s impossible to list them all, but here are a few:

I thought I knew a lot about the Bible, but life at Eagle Lake taught me how to apply it to my life. I was surrounded by dedicated men who were intentional about their Christian lives, and who were transparent and honest about issues men faced. We had daily themes, such as “I will live each day as if it were my last”, and we claimed Scripture for not just educational but also motivational purposes. As we studied the life of Gideon, my Blackfoot teepee (not yet cabin) would call out, “The sword of the Lord, and Gideon! And Blackfoot!” We had Navigator leaders like Lorne Sanny and LeRoy Eims come out to camp at 5:45 am to lead our staff Bible Studies, and I was exposed to principles of discipleship and walking with God. The atmosphere among our team was one of consistent, friendly exhortation that was both challenging and encouraging. And camp? Camp was AWESOME! We shared both life and spiritual truths with the boys in our teepees, who went home not just with a great camp experience, but with knowledge from God’s word that was interesting and eternal.

I was thoroughly impressed with the quality of my co-workers. They were not holier-than-thou do-gooders, they were honest men who shared the gritty reality of spiritual warfare, who embraced accountability, and who lived full Christian lives while encouraging others around them to do the same. They had fun. We memorized verses together. We worked on eliminating cussing from our vocabulary. Men like Bob Magistrelli (Magi), Danny Woolridge and Dave Sneller didn’t just talk the talk. They walked the walk. I still remember being on a day off and stopping to help a guy change a tire. While two of us changed the tire, our friend Jerry shared Jesus with the driver of the other car, telling him that we helped people not because we were nice but because of Jesus. The Nav team from SwTSU became close friends who challenged me to be more committed, and their example motivated me to evaluate where I was going with my life, which leads to my final point:

As a result of all I learned at Eagle Lake, I decided to join the Navigator team at Southwest Texas State that fall (instead of going to New York). I applied late (after the deadline) and was accepted anyway. As a team member, I entered college that fall with built-in accountability and a commitment to ministry on a campus that was one of the top party schools in the nation. Dave Sneller, Randy Dietz, Tom Ledbetter and Bill Henry continued to challenge me in my Christian walk. We did work projects together on weekends, played intramural sports together, and shared the Gospel in the dorms and on campus. One of the team rules was no dating, which was probably the hardest. (The girls at the Baptist Student Union called us “The Never-Daters“.) It seems radical today, but it was actually a very fun part of my life that was simple and focused. 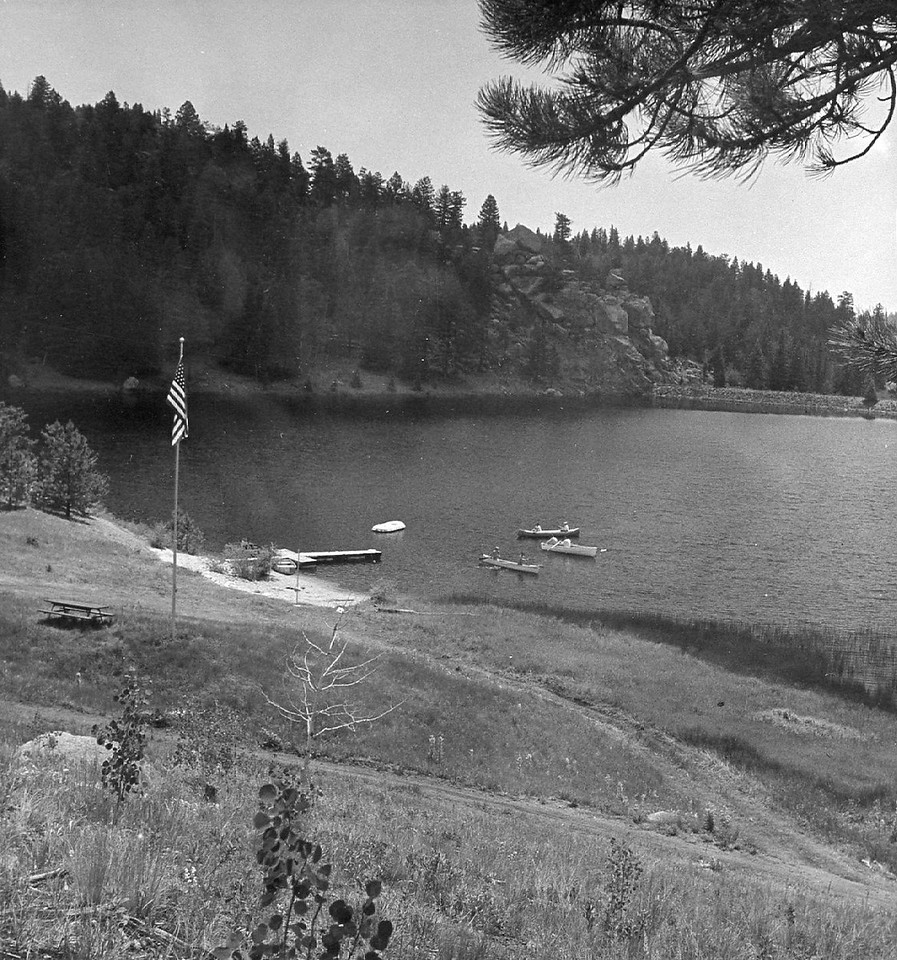 The summer of 1972 at Eagle Lake is still one of my favorite summers ever. I still remember how shockingly cold the water is, the crisp mountain mornings, the outdoor plumbing, and the reward of a beautiful view after a strenuous climb. And I still remember LeRoy Eims holding up two pens, and tossing one across the circle to someone before asking, “Which one of these pens am I more likely to use?” Everyone said, “The one in your hand”. He said, “That’s right. It is logical that I would use the ONE WHICH IS CLOSEST TO ME. God is like that. When He wants to use someone, He will pick those who ARE CLOSEST TO HIM.” At eighteen, that stuck with me, and I wanted to be the guy who was close to God. I have had my ups and downs, but it’s still true and I still remember it, thanks to that amazing summer at Eagle Lake Camps. I hope you remember it too.