At Summer Camp I Learned How To Love and Be Loved.

Eagle Lake Camps / Blog / At Summer Camp I Learned How To Love and Be Loved.

Ten days. That is how long I thought about exactly what I wanted to communicate in this blog post, and how long I considered what Eagle Lake has meant to me over the past three summers. I have learned so much about myself, about God and about relationships that I decided it is impossible to squeeze into a few paragraphs or even a few pages all that I have learned and all that I will carry with me. In order to be concise, I have decided to tell three stories. One from each summer that I worked at Eagle Lake, each story containing a huge lesson that I walked away with. 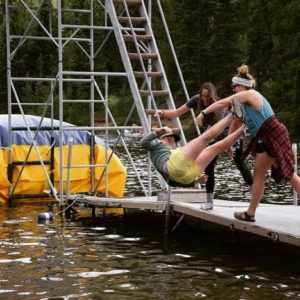 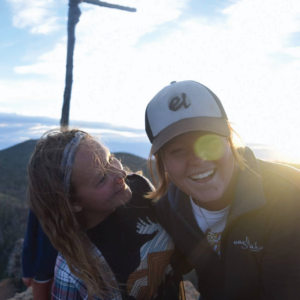 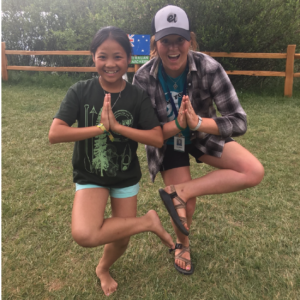 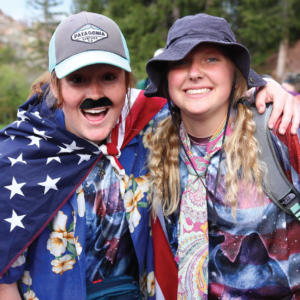 My first summer at Eagle Lake was as a REZ(ident) counselor in the summer of 2016. This story starts with dinner on Saturday night of our fifth first week. The fifth first week of the summer is a unique one, as it is when the American Diabetes Association comes up to our overnight property and utilizes our property and our staff to help run their own, secular camp. At dinner on Saturday night my co-counselor and I got the opportunity to meet our medical staff that would be helping us for the week. About half-way through the meal, one of our med staff casually mentioned that her daughter who is not diabetic would be joining our cabin for camp that week. Later in the conversation she mentioned that her 12-year-old daughter was actually just adopted from China three weeks earlier and spoke almost no English. At first, we really hit it off and her daughter seemed to like me. She started teaching me how to say some words and phrases in Mandarin, and I even taught her some English. However, the following day something shifted, and Lin* decided that we were no longer going to be friends and that actually, she decided that she hated me. I now know how to say, “I hate you” in Mandarin. As a chronic people pleaser, this ate at me. I was determined to fix whatever had been broken. I worked that week to love this girl by spending time with her, by learning Mandarin phrases and by trying to understand her and where she came from. All of my efforts were fruitless, and the week just seemed to get worse as the days passed by. No matter how many times I tried to tell Lin* with my words that I love her (in English as well as Mandarin) or show her with my actions that I loved her, it didn’t matter. Other campers would even tell her how much I loved her, and she still wouldn’t budge. As I reached the end of the week I was eager to get some much-needed rest. Sometimes loving people is hard and tiring.

This story does not stop when the week ended, however. During disorientation of the same summer we were doing the “Looking Forward” section, and all I could think about were a few people in my life who didn’t know the Lord and how mad I was at God for not chasing after them and not showing them how much He loved them like I thought He should. Then, as if I had run directly into a brick wall, God hit me with a question: “Do you remember Lin*?” I immediately thought: “Of course I remember, how could I ever forget?” And then, a reality check: “Do you not realize that I chase after your friends and family like you chased after Lin*, but I do it perfectly? Sometimes people have just made up their mind, and it takes more than one moment to change their heart.” I learned that I need to stop having such a hard heart towards God when it comes to pursuing the people who I love that do not know him. I had been blaming God for my friends not knowing Him. In that moment I recognized that He loves them more than I ever could and wants them to know him more than I ever will.

My second story doesn’t take place until the very end of my second summer at Eagle Lake and my first summer on leadership (2017). The tenth first week of camp is another unique one as it is the one week of the summer that REZ(ident) is overrun with high school students. This is one of the best weeks of the summer as a counselor and the single hardest week of the summer on leadership. I had been told that it would be difficult but couldn’t imagine how much that I would learn through the difficulty. On the first night of Shock week (Sunday night), I learned that we had a transgender camper, who had no idea that Eagle Lake was a Christian camp. On Tuesday, when campers were supposed to be playing capture the flag, I was walking up to the zipline with Amanda (one of the other leadership staff) to run zippy for Day Camp at Glen Eyrie, when we realized that this camper had packed up and was walking towards the gate. I started off towards the camper and Amanda went to inform our directors. I started running towards him and then stopped suddenly as I realized, I have absolutely no idea what to say to this camper. I prayed that God would give me words that I didn’t have. Eventually, I reached the camper and simply asked: “What are you doing?” He responded with: “I’m walking home.” For a while we just walked and talked and at one point, I thought that I might end up walking to Colorado Springs, because I had no idea how I was going to get him to turn around and come back to camp.

Finally, our Overnight Camps Director drove up in his truck and offered to let us sit and talk for a while in his truck bed and take a break from walking. Eventually, the camper ended up sitting down with me. At first, he didn’t say much, but after a while he opened up and walked me through the most heartbreaking story that I have ever heard, and I realized my responsibility was simply to love this child. My responsibility was not to change him, or make him love Jesus. It was simply to love him for who he is. I don’t remember much of what I said, and he ended up going home anyways (we drove him), but I was able to spend the next four hours loving this camper who told me he didn’t deserve love. He also asked some of the most difficult questions that I have ever been asked. My prayer was answered, and the Holy Spirit took over and filled me with words that I didn’t have. This was one of the most humbling experiences of my life, because I knew that I could not have loved this camper on my own strength in the midst of a week that was already exhausting. This brought to light the reality of the broken world that we live in and how we as Christians have a responsibility to love those who are lost and broken. Though I gave him my contact info I never heard from him and have no idea what he is up to. The fact that this story doesn’t wrap up nicely and have a happily ever after is one of the biggest lessons that I learned from the whole ordeal: even in the grimmest of circumstances, we have to trust that God is good and that He knows what He is doing. 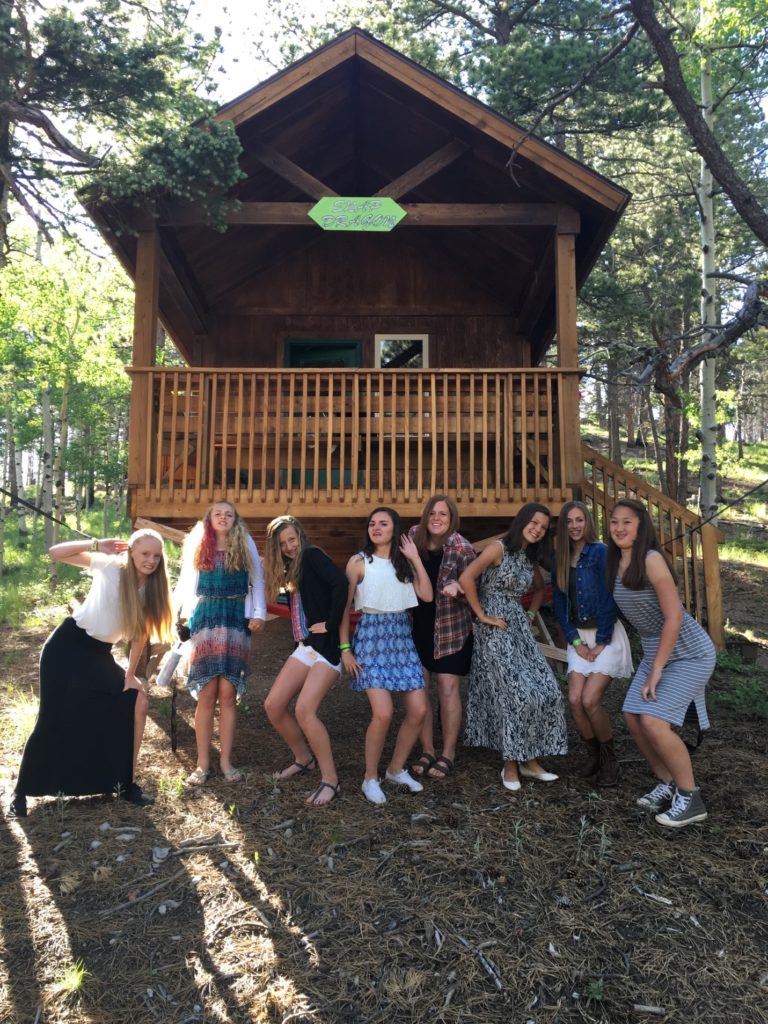 The final story takes place during this past summer (2018) and starts with five words: “I want to be baptized.” I spoke these words to my mentor and favorite person of all-time: Jen Heffentrager.  I had met her in my earlier years at camp and greatly enjoyed meeting with her throughout the summers. I had been baptized once when I was very young but had no idea what it meant to be baptized and had also walked away from the Lord between then and my time at camp. Being baptized again was not an idea that I had ever considered, and would have even told someone (and did tell people) that it is pointless to be re-baptized. So, when I started to really consider this idea, I knew that it couldn’t be my own so it had to be from God, and therefore required some real thought and consideration.

When I told Jen that I wanted to be baptized and that I wanted her to baptize me alongside my mom, she asked me why. I then explained to her how this thought had been put on my mind in November and I really felt like it was from the Lord. I also explained to her how I knew that baptism didn’t secure my salvation, but it was a public declaration of who I am, and I wanted it to serve as my promise to the Lord that I will never walk away again. After listening to me ramble on for a while, Jen decided that it was very important for me to truly understand baptism and its Biblical significance, so she tasked me with doing a word study on baptism and writing a conviction statement to verbalize what this public declaration means to me. Through this process of writing my conviction statement, I learned so much about what God asks of me as a follower of Him and ultimately found one verse to summarize my calling: “I have been crucified with Christ and I no longer live, but Christ lives in me. The life I now live in the body, I live by faith in the Son of God who loved me and gave Himself for me” (Galatians 2:20). The reality of this verse and the reality of the sacrifice that the Lord made for me is the biggest lesson that I could ever walk away with and will forever transform me. That my life is not for me, but for the one who gave His life for me because He loves me. 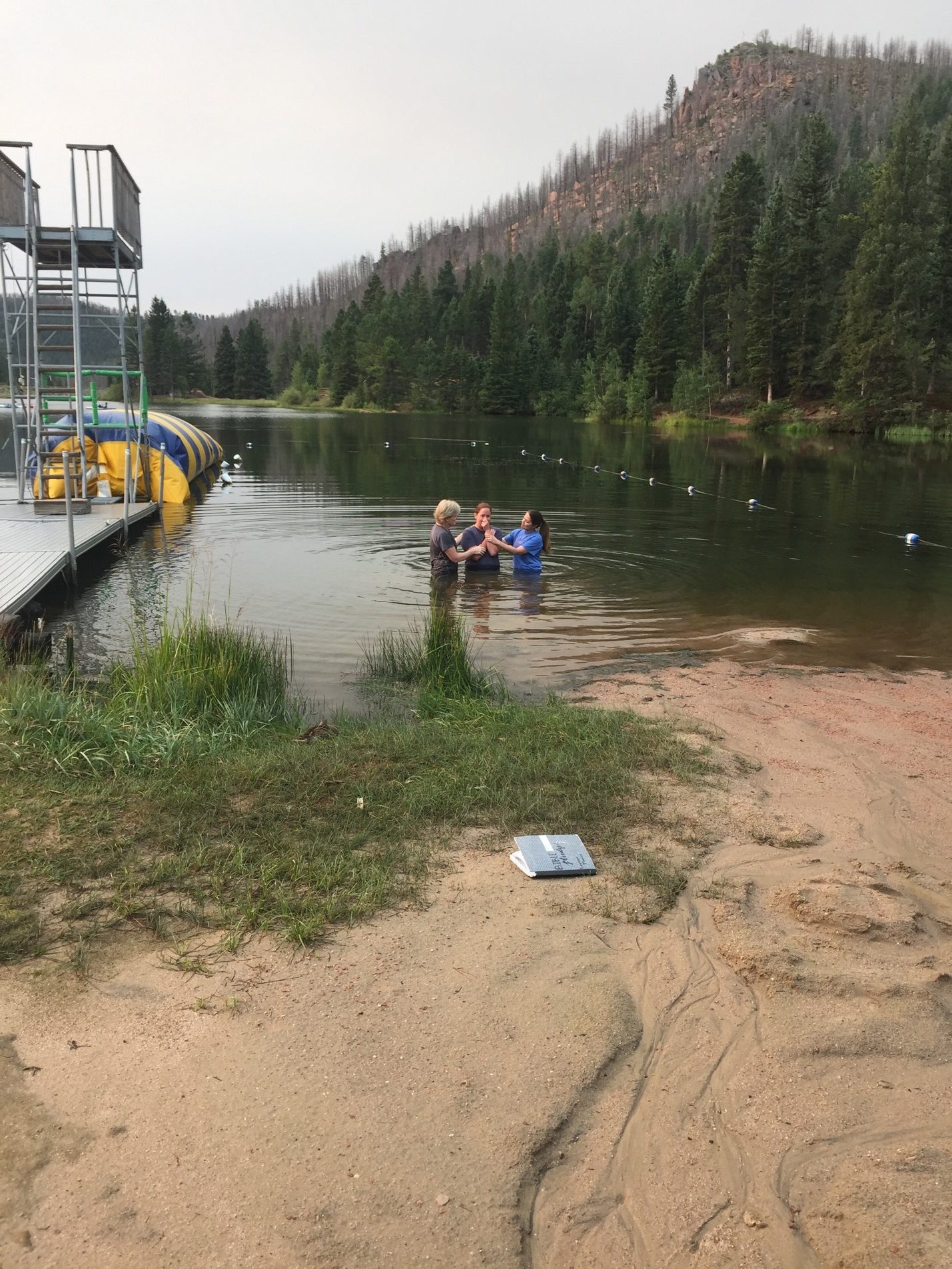 “Greater love has no one than this: to lay down one’s life for one’s friends” (John 15:13). I am called a friend of Jesus and He loves me.

As I read my conviction statement on a very cold Sunday morning before going in the water, I reflected on the beauty of the community that God had blessed me with in a place that was once foreign and had quickly become like home, as well as the experiences that Eagle Lake had given me. Most importantly though, I realized that my walk with God continues beyond Eagle Lake. I am not baptized to a place or to any person, and that no matter where I am or what I do, the life that I live in the body I will live by faith in the Son of God who loved me and gave Himself for me.